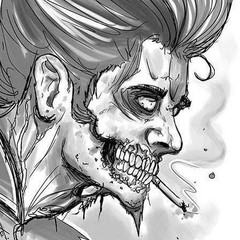 My name is Mike but I am also known as Ruinedworld or just Ruined. I have been an artist of some kind for well over twenty-five plus years. Spreading my creative joy over many different facets of the industry. Starting with a foundation in Commercial Art (Old school graphic design, hand lettering, and layout boards) and Visual Art (traditional art and Illustration) in the mid-90s, and then moving on to cell and computer animation and multimedia in the late 90s. Finally settling into graphic design and web design through the 2000s. You could say I am the swiss army knife of creativity or a creative Bard.