I made this image while working on the Kingsport lighthouse build for RoTC during late dev. I think it was the week before we released the mod, the team was pretty whacked out of our minds by then from the production schedule, and a snow mod had been posted to the nexus, i added it to my game just to see what the build looked like in the snow and took a screen grab of it... then decided to make a Sim settlements holiday card for fun, and posted it to the dev team.... still relevant... happy holidays 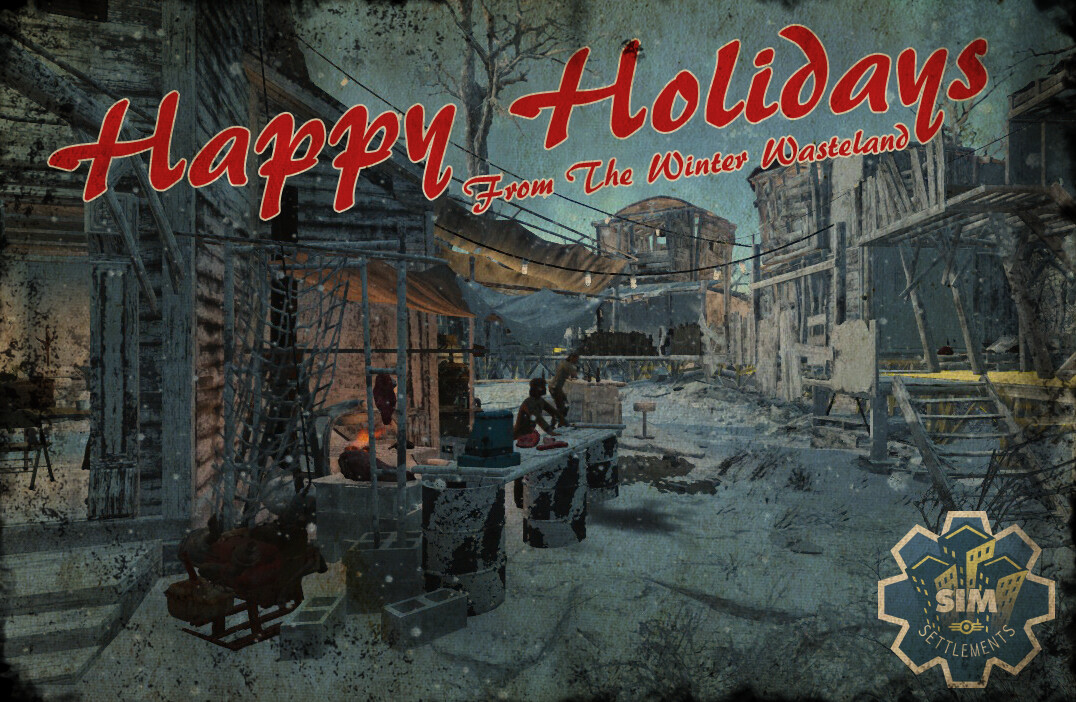